My daughter was eating some candy corn and remarked how fun it would be to make candy corn jewelry.

Then I remarked how fun it would be to try to draw a lovely Candy Queen completely covered in candy corn accessories.

And now, for the rest of the story… 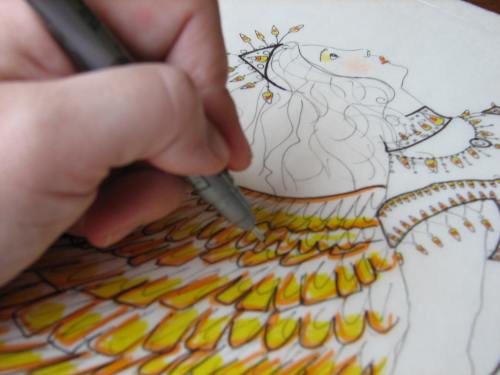 I drew the original on tracing paper so I could play around with some different backgrounds.  I thought a bright orange sun looked cool behind her and I also decided to change the crown design for this one. 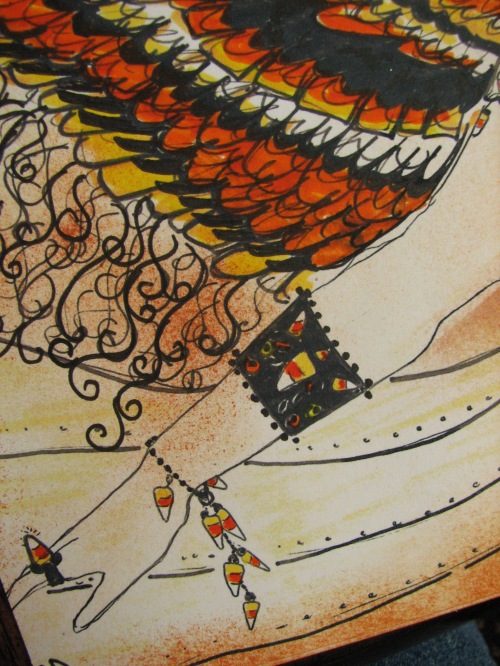 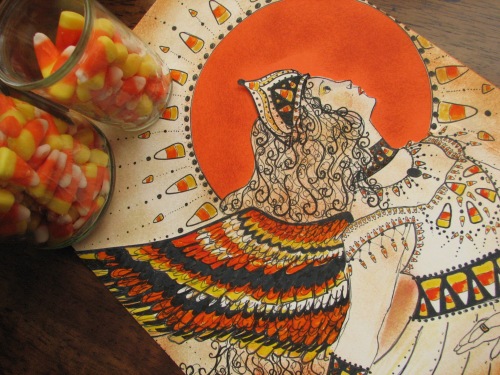 And the Queen has to have jewels. 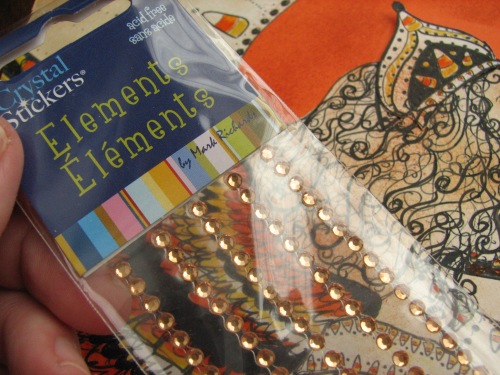 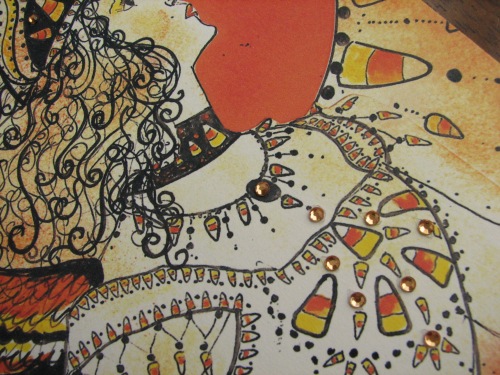 I made the second Queen using the original crown design.  I stamped old handwriting all over a sheet of cardstock and then layered the original drawing over it.  Then I stamped some birds onto transparency pieces and moved them around until I liked the way it looked. 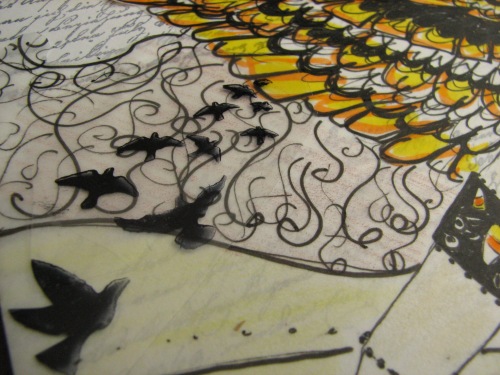 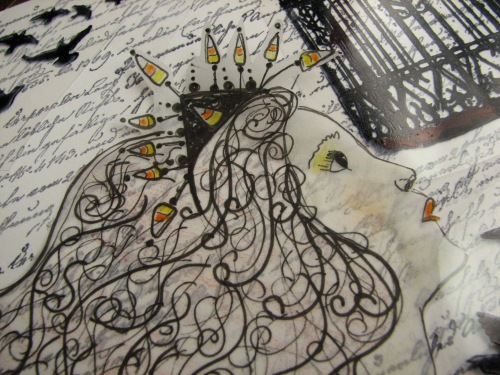 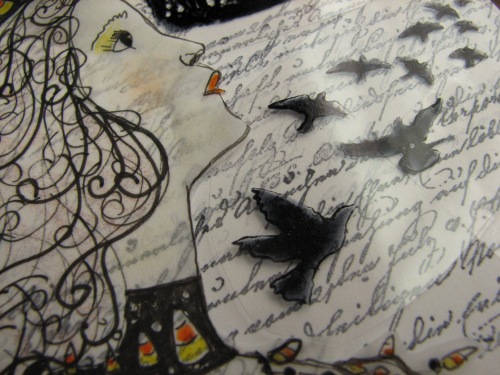 I turned it into a card and stamped an envelope to match. Because of the size of the drawing, however,  I had to cut most of the wing off so I knew I needed to reduce the image before making more cards.

*is anyone actually reading this? *  🙂

Of course, the reduce/enlarge feature on my printer busted as I attempted the first one,  SO I had to take them to Office Max and get some reduced color copies made.  The colors were altered quite a bit by their printer.

Get a new printer. 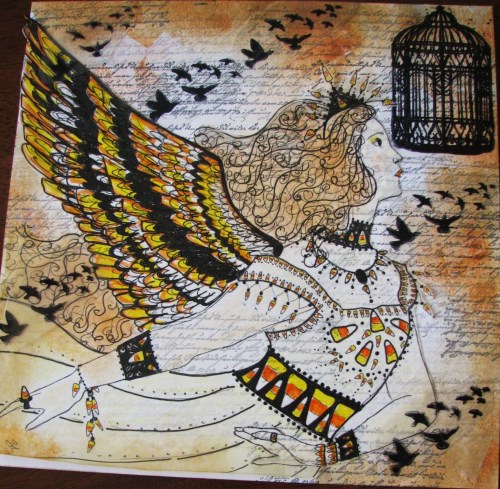 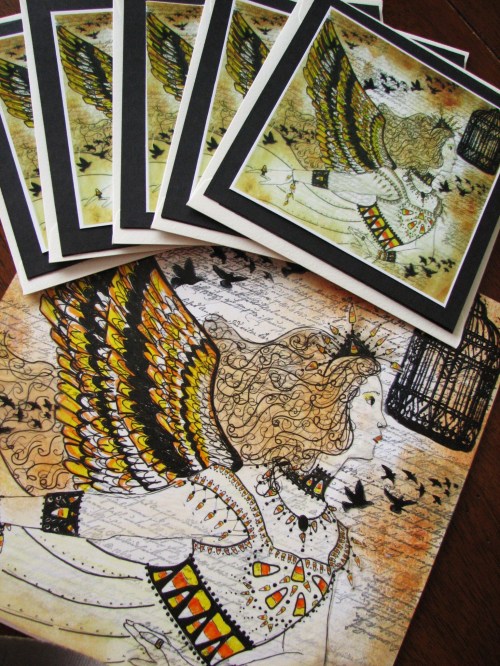 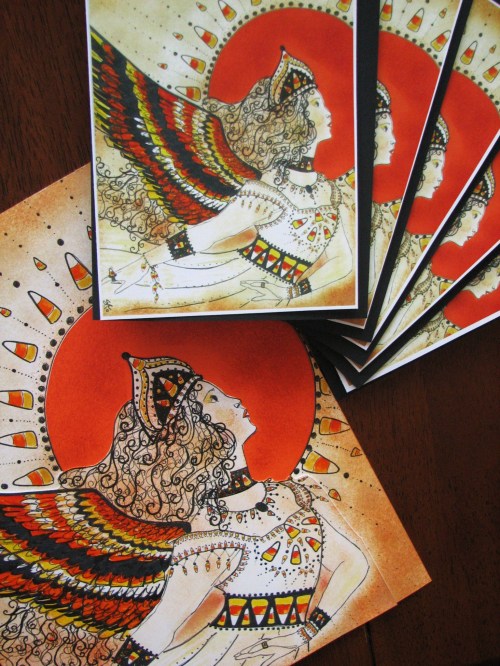